The "Purr"fect Way To Spend The Day

Home Dogs Possessive dog: what to do? 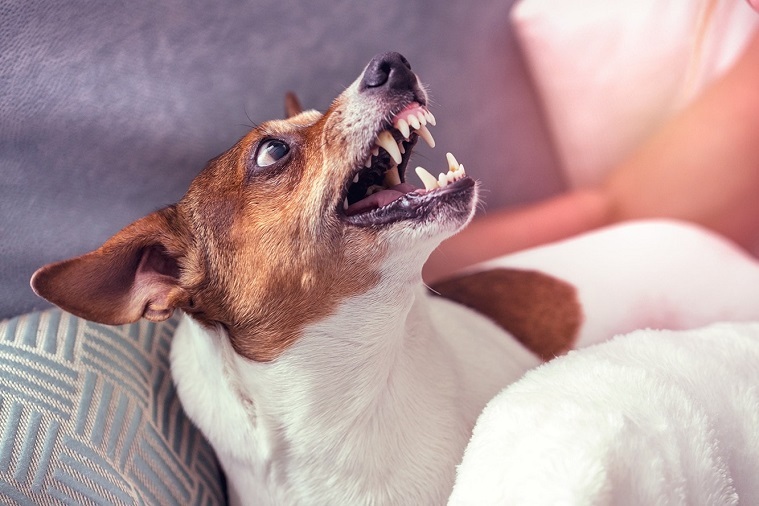 How to prevent a dog from being possessive? Why dogs get possessive about their toys? Having a possessive dog is something quite common, so do not panic if it is. There are solutions. Possessiveness is a normal behavior, it concerns us all, whether we are humans or pets. It is normal that some individuals develop a greater possessiveness than others. Nevertheless, a very possessive dog towards his master can adopt an aggressive behavior with the people. Find out how to react if your dog is possessive and what to do.

What is possessiveness in a dog?

You have to know that protecting your toys, your food or protecting yourself is something normal for your dog. He considers himself a full member of your family. It is inconceivable for him not to preserve you. Possessiveness is something special in the behavior of the dog. It is observed through different behaviors and reactions on the part of your pet.

Mainly, your dog is very close to an object or even you, he wants the exclusivity. It can even be threatening in some cases. The threat is a beneficial action for your dog, which benefits, because he will feel strong and that will only increase his possessive behavior.

This is where the key to good behavior lies. You must make your dog understand that good behavior with the object or person who is particularly fond is better than bad behavior towards you.

Why is your dog possessive?

The reasons for possessiveness in a dog are very vague, no scientist is yet able to clearly express the reasons for the arrival of such behavior. It is true that the genetic identity of each individual plays a very important role in the character of your dog. That’s why, when you buy a puppy you have to take care of the quality of the breeding, in order to limit the problems of behaviors that you could have with your dog afterwards.

Possessiveness can also come from the environment in which the dog evolves. If he does not have all the resources necessary for his well-being, this can have direct consequences on his behavior.

Also note that your dog’s life experiences can be a starting point for possessiveness. If the dog has had a lot of stress during his life, because of an operation or a runaway, it is possible that the dog’s behavior will be affected.

Tips for a possessive dog with his toys

A dog can be possessive with his toys. The dog is an animal that has a strong character of belonging. That’s why his toys are his own property. And it happens that in some cases they are not lenders, but it can also happen with children.

Tips for a possessive dog with food

A dog can be possessive with food. Food is something sacred for many of us, whether for humans or dogs. Food is a very good unifying element, it allows to unite communities, to create links. But when it comes to sharing food, that’s another question.

Dogs may have different behaviors when another dog approaches their bowl, so in doubt in a conflict it is advisable to remove the bowl of the dog when a new arrives for an afternoon for example.

You can also organize your meals in separate bowls, which will thus provide each of your companions, an individual and personal space.

How To Prepare For Your New Dog?

What Do I Need To Buy For My New Dog?

tonsofcats - November 14, 2022 0
One of the most annoying behavior of pets, especially cats, they often sleep any. Sofa living room, television room sofa, even our own bed often...

Luthfi Fitriyadi - October 1, 2022 0
Introduction While many National Parks have some similarities in terms of features and selections, Great Sand Dunes National Park offers two things that most others...

Luthfi Fitriyadi - August 24, 2022 0
Declawing a cat may seem like a bit of operation, similar to clipping your fingernails. However, the procedure requires removing bones from the tips...
© 2020 - Tonsofcats.com